Design and Research in Architecture and Landscape

Research oriented design and design oriented research in architecture, urban planning and landscape architecture promote, structure and generate products of specific figuration and quality. Questions arise concerning the formation, effect and meaning of products of reflexive design. How can they be characterised? In which contexts and interactions are they produced? Which (trans-)disciplinary impulses and rational-creative crossings have an effect on the manifestations of designing and researching? What dimensions of design in the context of living environment emerge and become perceptible, and what impulses for forward-looking action and new knowledge are promoted?

The 11th DARA Symposium for Design and Research in Architecture and Landscape Architecture (21-23 April 2022, Faculty of Architecture and Landscape at Leibniz Universität Hannover, organized by Margitta Buchert and team) addressed these and other questions from different perspectives along the interfaces with design, architecture, urban planning and the arts. The focus was be on topics such as the relations between everyday and/or innovative production, authorship and product, situations, forms of work and manifestations in design and research. The focus was also on the relationships between the built physical lifeworld and projection, underlying modalities of orientation, transmission and creation, as well as agency and knowledge production. 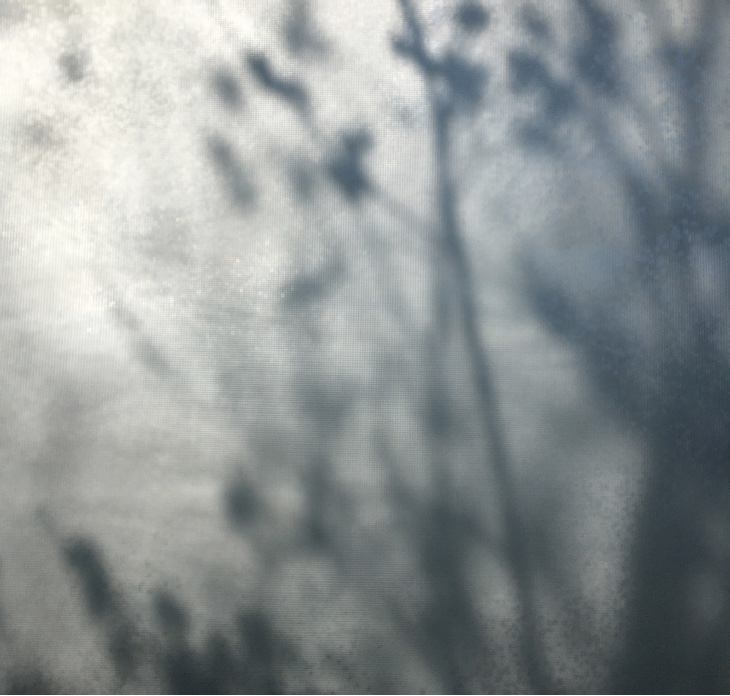 Gennaro Postiglione, professor in Interior Architecture at the Politecnico di Milano, layed out the idea of “Products in architecture: from formation to effect and to meaning” by tackling the interpretation of three themes in the field of architecture by understanding: a) the ‚formation’ as based on the knowledge and the body experience of high quality architectural spaces/places; b) the ‚effect’ as the perceived/provoked emotions and feelings of beauty connected to high quality architectural spaces/places; c) the ‚meaning’ as the production/advancement of knowledge in Architecture (discipline).

With the example of the book “Thinking Design – Blueprint for an Architecture of Typology”, Andreas Lechner, associate professor at the Institute of Design and Building Typology at Graz University of Technology, discussed the concept of counterintuitive products with a special focus on collective knowledge in and of architecture.

The role of design products within design research was the starting point for Martin Prominski, professor and chair of Designing Urban Landscapes at Leibniz Universität Hannover, to think about the particular potential of design products in transdisciplinary research projects, especially focusing on aspects of tracoing the specific role of these design products within the larger production of knowledge, and by discussing the general role of research-through-design by referring to the Prominski´s concept of “design research as non-linear interplay of five moments”.

Tom Bieling, associate professor for design theory and design research at Zentrum für Designforschung (HAW Hamburg), brought into discussion different aspects of the spectral and the ghostly as an object and starting point for architectural research, design research and urban planning. For architectural research, but also beyond, remarkable overlaps of the spectral, the temporal and the spatial emerge with regard to the existence and development of today’s cities, which he questioned exemplarily on the basis of concrete projects in the reading of epistemic imagery. Ephemeral phenomena, like those of the spectral, the phantom-like, or the haunting, can be taken seriously here as central drivers of urban transformation and translated into tangible, material and spatial manifestations.

Further topics were presented and discussed by Liheng Zhu (“Healing environments”), Binca Pfanner (Vienna University of Technology) on “Climate twins and urban building blocks”, Christina Klug (“Material aware design strategies”) on a project conducted with her supervisor Thomas Schmitz at RWTH Aaachen, or Monica Tusinean (“Productive care. Design tactics for industrial ruins”), whereas Riccarda Capeller, of Leibniz University, sketched out the idea of “Writing the thinking-making of design as creative narrative”, in which she discussed cooperative architecture, used as a conceptual idea that, through the analysis of the transformation of space and agency and their performativity in three case studies in different urban contexts, reveals an alternative, more socially and culturally connected agency for architects, whose principal doing is the act of designing.

“Taxonomies as research product” was the core topic of Kevin Santus (Politecnico di Milano), who investigates on the question of how the ecological transition is transforming the morpho-typological condition of project means having a glimpse of the qualitative solutions that we could gaze in the future resilient post-carbon city. The study he presented ist associated with the role of the form in “new design conditions”, considering it as a result and driver of the entangled relationship with the environment, in its limits, hazards, and possibilities. 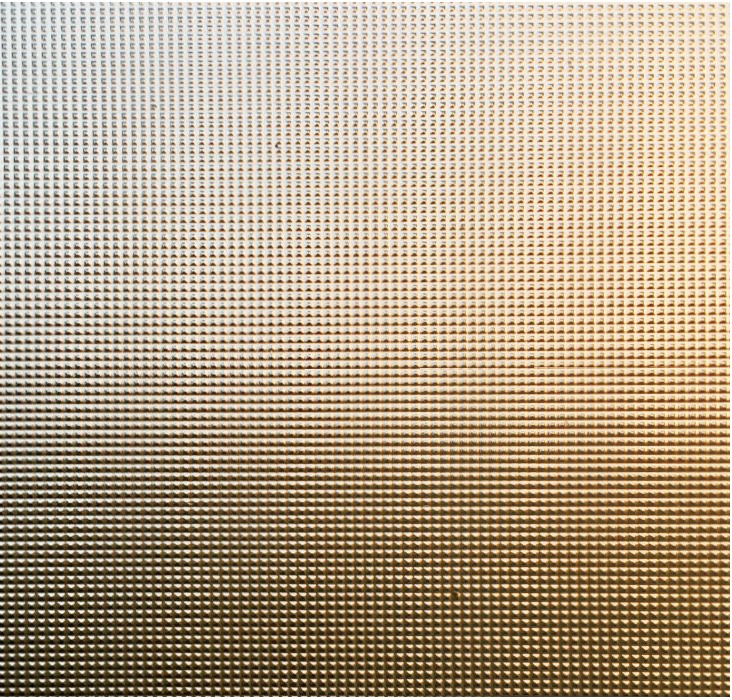 Also from Politecnico di Milano, Olijer Cardes Nino, talked about his research findings on photography as an instrument of design, in which we aims at discovering the value of photographed images and their influence on the generation of the architectural form and its architecture, how the image – for instance of an event, an object, a building – remains both on paper and in memory and is being used in the generation of new architecture.

In her talk on “productive distances”, Valerie Hoberg, referred to art theory and artistic research in terms of highlighting a “perspective that sees artworks not as ‘products’ of art, but as ‘results’, in the sense of the almost incidental (material) state resulting from an artistic process. This perspective shifts the focus of artistic work from the final artifact to its formation and effects. The work itself then makes it possible to experience these performative parts; it allows experiences to be experienced in miscellaneous ways – for example as awareness of the conditions and modalities of one’s own perception or as external perspectives of the producers”. For design and research in architecture, Hoberg claims this understanding of artistic products – in the sense of ‘effects of the artistic’ – to be significant: “if the creative moments that exist in the production and experience of artistic works interact with, for example, ordering or rationalizing processes, projective insights can result for one’s own work and beyond. Thus, artistic work in architecture potentially enables a change of perspective and the questioning of conventions. However, it often remains vague what specific added value can lie in this transdisciplinary work. Therefore, it is necessary to ask how products of the artistic in design and research in architecture are characterized and how they can become not only a creative impulse but also a productive element through the named interactions.”

Taking japanese architect Hiroshi Hara’s exhibition “Wallpapers” as an example, Andrea Canclini, Politenico di Milano, then thoroughly discussed the the relation between theory and praxis, which in ancient Greek thought is not primarily functional or instru¬mental, since the theory is not a function of praxis, nor is praxis a heuristic instrument of theory, but is generative and foundational. “The dialectical link between theory and praxis has a long history, being and at the same time distinctive and correlative: the relationship between bíos theoretikós and bíos prakticós not only delimits aspects consubstantial to ,knowing how to do’ at both the logical-theoretical and practical-political levels, but also connotes the forms of communication of knowledge”.

Knowledge was also one of the key issues in Sarah Wemeyer’s presentation who talked about collage as a knowledge medium, according to which Questions about the formation, accessibility, and transferability of design knowledge – as a specific product of research-related design and design-related research – are omnipresent in contemporary discourses of architecture and urbanism. Wehmeyer here focused on possible answers offered by the col¬lage as an artistically intended pictorial practice. “The collage communicates insights and ideas less explicitly and immediately, rather indirectly, by moving the viewer – intellectually, emotionally, and/or towards action.”

In her talk on the “in-between space”, Diana Gouveia Amaral (School of Architecture of the University of Minho) discovered the interrelations between informality and its appropriation, by means of urban regeneration plans and the importance of urban reading through spaces in-between for their success.

Refering to specific artistic and philosophical positions (from Klee or Kandinsky to Merleau-Ponty, Fontana and Labri), Ulrike Koch (Bauhaus Universität Weimar) introduced the concept of cutting as an architectural practice by highlighting the “impact of the – actually – injuring act, what might be called productive destruction in architecture”, which Koch inserted in the concept of “image acting” (“Bildhandeln”).

In her research, Eva Sollgruber is interested in the processes of work and thought that take place during designing, which cannot always be explained rationally, but which nonetheless produce new knowledge and are based on the long-trained craft of the executor. Here, the craft of designing is understood as a “tactile probing” of the area of design and research. In her presentation entitled “vital artefacts”, Sollgruber focused on the artefacts of design, which also include built architecture in the form of references, and which “always represent intermediate stages of a continuous design process. They enable a reflection on one’s own design work and are at the same time a source of inspiration.” This “vitality of things” (“Vitalität der Dinge”) as Sollgruber calls it, might be consciously used and implemented in architectural design.

Caendia Wijnbelt’s notion of “The Birds Nest!” especially highlights ways of making and using products in design. According to Wijnbelt, folding and unfolding resulting pieces becomes a mode of shifting between a focus on specific fragments and a broader overview, allowing a “bird’s-eye view”.

Martin Roth and Marcus Kopper’s thoughts on “Utopian Imagery” as artefacts are strongly linked to the notion of the Anthropocene, which, according to Helmuth Trischler, can not only be understood as a man-made epoch, but as a narrative social concept “links deep time perspectives with human responsibil¬ities.” Kopperroth’s design-based research focuses on urban peripheries, which can be interpreted as spatial manifestation of the dichotomy of culture and nature. One of their key questions: “Can a dialogical and reflexive image production of utopian (speculative) urban perpiheries contribute to conveying the anthropopcene’s cultural concept? Roth and Kopper consider the relevance of this research in the “image-based, collaborative method, as it complements the discourse between the explicit knowledge of natural science and the implicit knowledge of humani¬ties”. The potential here might be help closing research gaps in transdisciplinary contexts and discourse.

An idea, which might also count for the work of Susan Jebrini. With her project entitled “One.Sound.Space”, she shared her approaches to an aesthetic theory of perception of space and sound , using the example of contem¬porary opera and music theatre, hypothesizing that contemporary music does not work in the spaces traditionally planned for music theater. Against this background, Jebrini raises the question whether new forms of music require new forms of spatial thinking, which inevitably guides us to the role of architecture within a framework of space, music, staging, performance, performer, recipient and time.

This paper is largely based on the conference reader "Produkte | Products – Design and Research in Architecture and Landscape", edited my Margitta Buchert, and the abstracts of the particular authors. The 11th Symposium + PhD Peer Review on Design and Research in Architecture and Landscape took place on the 21st – 23rd April 2022, in an online format, organized at a_ku | Fakultät für Architektur und Landschaft, Leibniz Universität Hannover.