It is with great sadness that we receive the news of the passing of our Advisory Board member Klaus Krippendorff in the age of 90. With him goes not only a great thinker and mediator of fundamental ideas on and beyond the realm of design, but also a kind, caring and responsible friend and scholar who accompanied so many people on their academic and/or life paths.

Klaus, Ph.D., Ph.D.hc, graduated from the legendary Ulm School of Design and the University of Illinois, Urbana, and was the Gregory Bateson Professor Emeritus for Cybernetics, Language, and Culture at the Annenberg School for Communication, University of Pennsylvania. For his theoretical diploma thesis “Über den Zeichen- und Symbolcharakter von Gegenständen: Versuch zu einer Zeichentheorie für die Programmierung von Produktformen in sozialen Kommunikationsstrukturen”: (A work on the sign- and symbol character of design: An Attempt at a Theory of Signs for the Programming of Product Forms in Social Communication Structures), he was supervised by Horst Rittel. In the 1980s, together with Reinhart Butter, he further developed the theory of so-called product semantics.

His book „The Semantic Turn, A new Foundation for Design and Design in the Age of Information“ („Die semantische Wende“, Birkhäuser/DeGruyter) is considered a milestone in design theory. In particular, the concept of “from function to meaning”, which has been so important for design, is strongly emphasised in this book. Moreover, he authored or edited over two hundred publications about human communication, social research methods, cybernetics, and design. Beyond design, he explored discursive constructions of realities, social use of algorithms, and critical or emancipatory communication.

His work had been honoured internationally several times, including the ICA Fellows Book Award for his text Content Analysis, An Introduction to Its Methodology (2001), the Norbert Wiener/Hermann Schmidt Award from the German Society for Cybernetics and German Society for Pedagogy and Information, at the University of Vienna (2004), or the degree of Doctor of Philosophy honoris causa, Linnaeus University, Sweden (2012).

It was at the very beginning of my career as a young and clueless design researcher that I first met Klaus Krippendorff, whom I had read so much about before. I am glad and grateful that the connection never broke off after that and that he continually drove my scientific work and that of our journal forward with clever impulses. What I will remember most is his approach to showing me the potentials and trickiness of my research with vivid examples from his family’s everyday life. My thoughts are now with them and with Klaus, who is no longer here but will stay with us nonetheless. 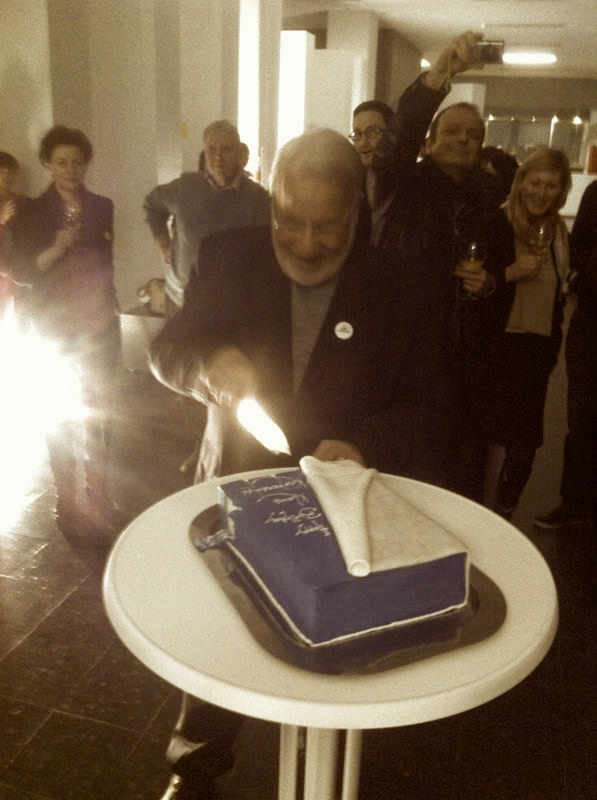